3. There’s high-speed Internet on the way up to Mt. Everest.

4. When Montenegro became independent from Yugoslavia, their Internet domain name went from .yu to .me.

5. 1 in 10 Americans thinks HTML is a sexually transmitted disease.

6. The first webcam was created in Cambridge to check the status of a coffee pot.

7. The most played song on Spotify is “Wake Me Up” by Avicii. 15. You can see how old the Internet is by checking HowOldIsTheInter.net. 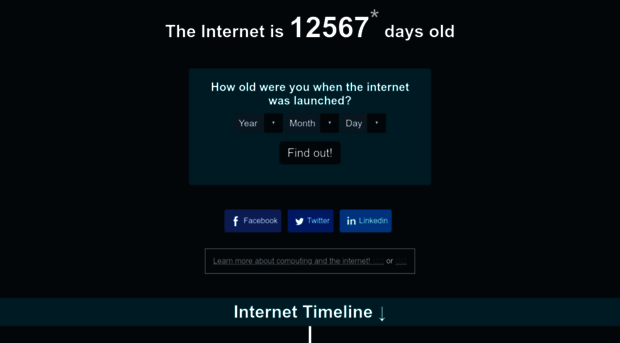 16. One million babies have been born from people who met on Match.com.

18. The first emoticon is commonly credited to Kevin Mackenzie. In 1979, it was only -) and didn’t look like a face.

19. Three years later, Scott Fahlman proposed the emoticon 🙂 and has since become the norm.